Really simple words that have stuck with me for the last six months and have given me a simple clarity to most of my everyday issues.  I hope you can take a moment to meditate on that phrase and then go have a GREAT WEEK!  See you next Monday!

I sit in restaurants, at booths, looking at the patrons around me and I can’t help but wonder what conversations are happening at their tables. I walk through the mall and I see the people passing me and I wonder what they’re buying and why. Maybe it’s a gift for a boyfriend… and then I wonder how their relationship is going. I sit on the freeway, stuck in rush hour traffic and I watch individuals all around me driving from Santa Monica to Hollywood to Van Nuys. I watch cars merge onto the freeway, swerve and exit. I watch car accidents and I watch people text and drive, wondering who they’re speaking with.  I walk to the grocery store and I look through open windows that I pass on the sidewalk; a woman making dinner, a couple watching Law and Order re-runs, a man playing guitar…

The mundane fascinates me.  The minutia.  The moment-by-moment of everyday life.  I watch and I wonder what they’re doing and where they’re going and I wish, often times, that I could sit next to them; listen, watch, observe… follow them and… confession time; on several occasions I actually have. Twice I’ve followed a car for well over 15 miles just to see where they ended up. It was completely out of my way but I had nowhere to be so I just turned on some music and… this is actually sounding significantly creepier than it did when I chose to do it.  When it was happening, I assure you it was all very organic and natural and… innocent?  Is that the right word?  Probably not.

If I were ever granted the power of invisibility I wouldn’t go into the girl’s locker room or rob a bank… I’d just follow people around at the grocery store or sit in the passenger seat of their car and I’d listen to their conversations and I’d smile and, well, be creepy and invisible.

Some fifteen years ago The Real World on MTV tried giving us a glimpse into what this was like. They tried to be the fly on the wall and they tried to let the average joe see what it was like to be an average joe.  The only problem was this… reality TV is not reality TV. It’s not reality. It’s not real. It’s moments that have been fabricated first by a producer and then manufactured by an editor using music, sound effects and specific sound bites from interviews taken out of context.

As an editor that has spent a little time in reality television, I can tell you with complete honesty that my favorite part of the job has never been viewing the final “designed” product but rather in sitting in my edit bay and watching the raw footage play out. I have spent literally hours watching strangers sit around a dinner table and chat or families getting prepared for their day by brushing their teeth and talking and just spending intimate moments together. All of these interesting and unique human moments are forever chopped up, cut into garbage and destroyed. You’ll never see them but… it’s all I want to watch. It’s all I want to see. I want to see TRUE REALITY TV. I want to sit as a fly on the wall and watch an evening in someone’s life. I want to walk in their shoes, see through their eyes, exist as they do for a few hours.

Keeping up with the Johnson’s? I want to keep up with the Kirkman’s, the Brady’s, the Morgan’s and the Chu’s. I want to know what four hours in the life of a man with triplets is like or a Seattle DJ or an internet spokesman. What does their work look like? Their commute? Their home life? 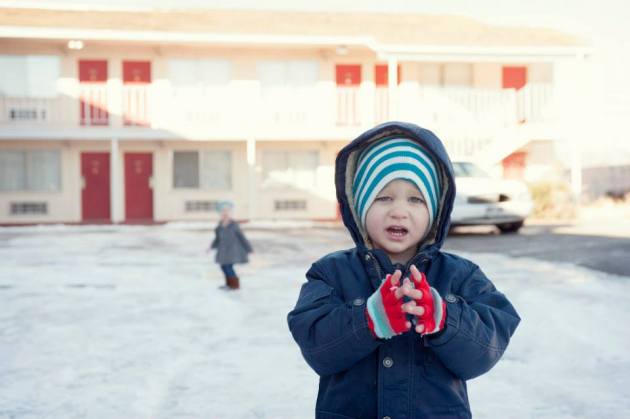 I want to see this… so I’ve created, what I would consider as a pilot episode to this experimental project. It’s currently (appropriately) called “GLIMPSE” because it is, by definition, just a little peek, and the first episode is about my two oldest children. I’ve chosen to follow them from the moment they awake from their naps around 4:30pm until they go to sleep around 8:30pm.  The footage is completely unedited and plays out in real time save for a few spots where my camera’s memory card fills up and I had to switch it out.

I’d love for people to be able to turn on an episode of GLIMPSE and just play it in the background. Watch one minute or five minutes or 1 hour or 4 hours. Watch the beginning, skip the middle and watch the end. Watch only the middle. Skip around. It makes no difference. Just… catch a glimpse. See a moment. Experience life through the eyes of someone else.

This is episode 1. GLIMPSE: Rory & Quinn.

A few months ago I had the pleasure of visiting Seattle and directing a music video for Mark Pickerel and his Praying Hands. I hope you enjoy it.