A VULGAR DISPLAY OF POWER 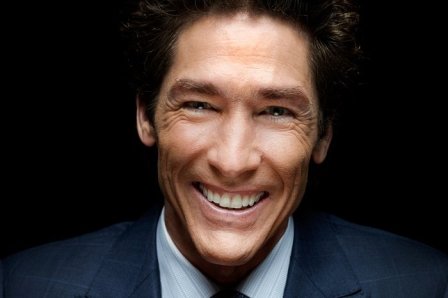 The distance from a simmer to a rolling boil is a close one and the course of the next week unfolds at a tremendous rate.

First, Donald Trump consumed Paul Ryan’s foreskin in front of him, as promised. Paul sat across The Oval Office, tears streaming down his face. He’d always wanted to be circumcised but not like this.

Paul, like Mike, was spineless. He didn’t have much for brains and had even less for leadership. He was easy to get on board. Afterwards, Donald called for a national television conference where he unveiled his true form. The mid-country folks rose up and cheered. The Second Coming of Christ had finally been revealed. They didn’t expect Christ to be so hideous but the Lord worked in unexpected ways. The only Christian that seemed to red-flag the situation was The New Pope. The Christians immediately tied him to a stake and burnt him alive.

He was the mouthpiece of Satan. A wolf in sheep’s clothing. He was brought in to lead the weak astray but they had solved that. And the Lord was proud of them. Donald confirmed that this was true. Amen, yes he did.

Social media exploded with memes about how Trump’s father’s name was Fred Christ Trump. The signs were all there. He was even rich – like a king – and Jesus was the King above Kings. He helped the oppressed – that’s who voted for him, after all – the oppressed white, middle-class American wheat farmers of America.

“The Son of God would be hated and scorned, oh, yes,” Pastor Joel Osteen said one Sunday morning over an offering plate filled with dollar bills. “But rest assured brothers and sisters, the path to glory and riches lie in the pages of my new book. May the Lord bless you.” And then, as he wiped a dribble of greedy spittle from his sweating lip, a picture of he and Donald Trump shaking hands was held at length on all three of the high-definition 4k projectors. Trump’s long fingers were curled around Joel’s. His infomercial finger surgery had been a stunning success and his confidence was skyrocketing. Everyone could tell.

The coastal cities tried to do something but, as usual, couldn’t quite get it together. They marched around and carried signs and shared articles on social media but the more conservatives of the bunch, the gun-toting, god-fearing, good people of America knew it for what it was. Hippie Communist Bullshit.

“You just gotta listen to The Other,” Andrew from Boston wrote in his Letter to the Editor.

The majority of people in Northern California thought that this was more “My brand is chaos” to confuse them but became increasingly concerned when Donald Trump ate George Clooney on the six o’clock news.

The scene was beautiful and earned George a post-mortem day-time Emmy.

The White House became a prison for the Democratic party. Elizabeth Warren, Al Franken, and Joe Biden were all chained in the dungeon and forgotten about. From upstairs they could hear the constant burn of the fiery loop created from the D.I.s. It burnt day and night and any Rebels or immigrants caught were ceremoniously flung into the inferno as all bystanders chanted, “To the Republic! To the Republic!” and beat their chests.

Mar a Lago became an impenetrable fortress. Trump rolled around consuming the flesh of foreigners and picking his teeth with the fractured bones of endangered species. Instead of a golf cart, he drove a stretch Hummer from hole to hole. He used hairspray just to say qink you to the environment.

Every knee would bow, oh, yes. Even Mother Earth would commit herself to his reign.

His Drone Army had begun their long Exodus to him, their savior, which he expected. They came from Nebraska and Minnesota. They came from Alabama and Iowa. They came from Utah and Wisconsin. They brought their Bibles and their guns and their hatred of evil and they were ready to kill whoever their leader told them to.
David Duke, leader of the high profile country club, the KKK, welcomed volunteers at the gates and handed out pamphlets that he had made himself using Microsoft Paint. On the cover was a picture of Donald Trump in his human form sodomizing a man that resembled Obama. People loved it. Everyone who saw it laughed. It made them feel good inside. It’s the Democrat thing. And the Muslim thing. And the gay thing. And the religion thing. And it was all rolled up into one very powerful illustrated cartoon message. Even children could understand it! And it just felt good to see that rebel spy getting what he deserved. Republicans understood that Obama caused the race wars and that Trump would stop them. Once and for all.

Duke shouts into a megaphone, “If we get rid of all other races, we can’t have race wars!”

The Westboro Baptist church stands on the sidelines with picket signs that read, “GOD HATES FAGS BUT HE HATES REBELS MORE.” David Duke fist bumps a handful of the young pros and hands out bottles of water laced with electrolytes. He’s really proud of them for standing up for something that is not very popular. It takes a lot of character to go against the social grain like this.

They slap their chests, lift their fists and exclaim, “To the Republic!” 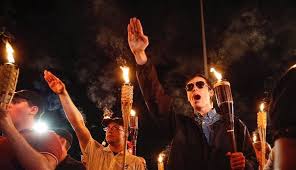 Everyone has goose bumps and is excited to see the apocalypse happen. Brenda from Arizona writes a Facebook post that says, “I never thought my generation would be the last. Amen and praise God.” Her friend Beth, who was also a Christian, read the post and couldn’t help but shiver. It sounded somehow suicidal.

A man in Tennessee was arrested for walking around nude. When asked why he did it he responded by saying, “The world is ending, baby. I mean, why the hell not? Why are you still watching the news?” The video was edited into a music video and also went viral. He was the world’s last viral hit.

Usage of social media during The End times (as the media was calling it) doubled. People seemed more committed to disconnecting with the awful truths of their sad realities now more than ever.

Hashtags like LastPartyOnEarth and RepentBeforeMidnight became very popular amongst the party and religious crowds respectively. #StillAVirgin was being used by both sides. The first was using it as a hookup line and the second was using it as a badge of honor. Their dual usage was causing a lot of confusion amongst members of both parties.

The murder rate also began to increase but it hit a shocking acceleration when Trump made a passing comment on Larry King about how he would give a $100 tax refund to anyone that turned in the big toe of a Rebel.

The front lobby of Mar a Lago was now adorned with toes of every color and size. They were all propped up on stands behind a thin layer of plate glass. Melania had tried to make the place feel homey by painting faces on each of them but after finishing the first 80, decided it somehow made them even more haunting.

The toe of Kathy Griffin and Meryl Streep were both in individual cases being accented by jewelry lighting. Meryl’s toe was, of course, stunning.

Melania personally thought that Toe Hall somehow smelled too clean. Like they were trying to hide how dirty it was. Synthetic pine and bacon grease.

Yes, synthetic just like you. Created for one purpose. To transmit data.

She was, as a matter of fact, sending data back to Bernie right now using her smart phone as a hot spot. She had been built with internal wifi but it had been on the fritz since that endless fire had started burning in her master’s office – Donald’s office. His name is Donald. He does not own you. You are free.

She had found Trump’s tax returns but it was far, far too late. The information was currently worthless. Not because nobody cared. Lots of people cared. It was worthless because they were all soon to be dead and utterly forgotten.

In the throne room of Mar a Lago, Paul Ryan kneels before his majesty. “Lord, the Rebels are upon us.”

Trump slides from his high backed gold plated throne that is shaped like a T and coils around Paul’s body. “Upon us how?” Donald’s wet whiskers brush against Paul’s dry lips, making him quietly retch.

Paul begins to quiver and wishes he could just die. Please, just squeeze me. Kill me. End me. I didn’t want this. The thought is finished with him wetting his pants. Donald feels the warm urine against his skin and grows pleased with himself. Fear is so… intoxicating.

“HOW!?” Trump thrusts his blubbery tentacles towards the ceiling and wails. He knocks a row of golden cups off a golden table. He tears the jawbone from Beekman and cuts Bender’s throat with it. He shoves his greasy face against Paul’s and moans into his ear. “Upon us… howwww…”

“They did a – they did an intentional social media black out. We have no idea how they planned it. Probably Sanders is behind it. It was a mislead.”

Trump lifts up his hand and sniffs his long fingers. They still smelled of lunch. “What do they want? Have they sent word?”

Paul looks down at his feet. He doesn’t want to answer.

“Do they want to impeach me?”

“Has Lucifer arrived with his third of Heaven’s army to bring the Lord their God to his knees?”

“Then let us wage war. Alert the troops.” 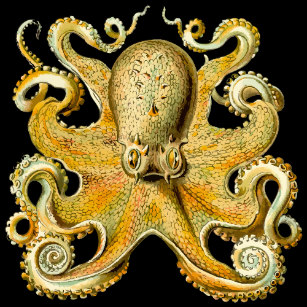