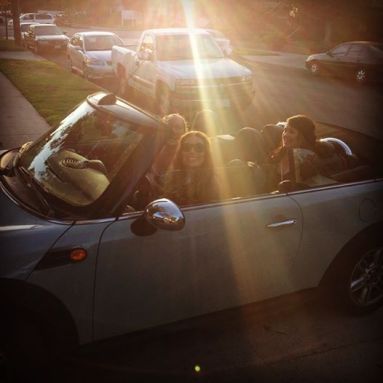 There’s this old episode of The Twilight Zone where these two neighbors are super chummy with each other at a dinner party.  One guy says to the other that he just had a bomb shelter put in and the neighbor chuckles to himself and pokes fun at the homeowner; says he’s far too over prepared.  The gag in the episode, of course, is that the warning sirens come on moments later and suddenly the neighbor wants into the bomb shelter.  Sadly, there isn’t nearly enough food for both families so the guy that owns the place locks his guest out.  Well, the neighbor, not accepting death so nobly, decides that if he can’t be saved, no one will.  The man turns into an animal and just begins ravaging this door.  He’s going at it with an axe, he’s screaming, he’s losing his mind, his eyes wide in terror and rage.

This is no longer a friendly neighbor.  This is primal man.  Borderline animal. 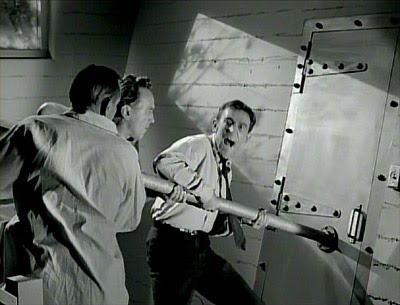 The episode ends when the door is finally kicked in and the two men are about to kill each other when the sirens go off and the, “This is only a warning” recording comes on.

Awkward. Situation. For. Sure. 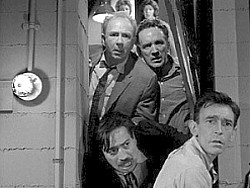 The men revert back to their civilized states, nod to one another and then sort of shift slowly towards the door as standard life has been restored.  BUT… it raises the question, what sort of animals are we?  What sort of beasts are lurking just under the surface?  Just behind the veil of security, the illusion of law, the commitment of marriage?

What I mean is this…

My wife left tonight.  Not left me, thank goodness, but left to head out with The Ladies.  She and three friends have gone to watch a Roller Derby Tournament.  Yes, you read that correctly.  That’s what type of woman I’m married to.  In her free time she goes to watch other women get beat up.  She’s like Patricia Bateman but in a good way. 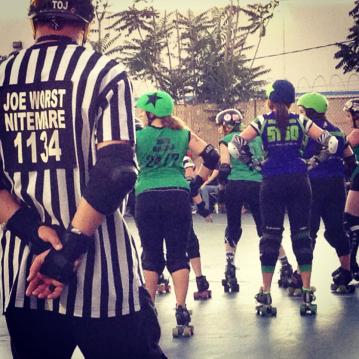 And the very first thing that comes to my mind, THE VERY FIRST THING, is to make myself a bean burrito at 9pm.  NINE PEE-EM!  I suddenly have a flashback of myself standing in a dimly lit dorm room ten years ago chasing a six pack and three unfiltered cigarettes down my throat with a can of cold refried beans; a diet my dog wouldn’t even touch…. if my dog were alive… which she isn’t… please see last blog…

Now, contrary to popular belief, I AM 30-something and so I actually DO try to watch what I eat from time to time and especially when I eat it.  Gone are the days of chowing down on Taco Bell at midnight.  I’m an adult.  I’m married.  I have responsibilities… and so I pick up my phone and I text The Guys.  I text the two gentlemen whose wives are currently out with my wife watching women shove elbows into each other’s guts and faces like a modern day Coliseum on skates.  I hear Shang Tsung shout, “FINISH HIM!” and then some roller derby enthusiast rips off her skate and crushes her opponents skull with it.  Blood spatters all over the ground and the audience golf claps gently.

ABOVE: This is what all microwaves look like in my imagination.  Just total last resort.

In another text thread I hit up the other guy.  We’ll call him Andre (just because I don’t know any Andre’s and so never get to tell stories about them).  I say, “Whatchyoo up to tonight?” and he says, “I just finished eating a Kung Pao 3 Musketeer,” and I say, “Is that one thing or two?  Is that like… an American-Asian candy bar?” and he says, “It’s just one thing.  It’s Kung Pao with chicken, beef and shrimp,” and I find that I’m thinking about that bean burrito again.  I’ve got some salsa in the fridge.  I’ve got some sour cream I bought for some kind of potato the other day… do we have tortillas?  Screw it… I’d eat it on bread if necessary… even just mixing it all up like a stew doesn’t sound terrible…

Andre says, “This is what happens when girls aren’t around… just regret…”

He laughs but, as I’m opening up a can of refried beans at 11pm I catch myself in the mirror and I realize that if I ever lose my wife, I am totally and completely doomed. 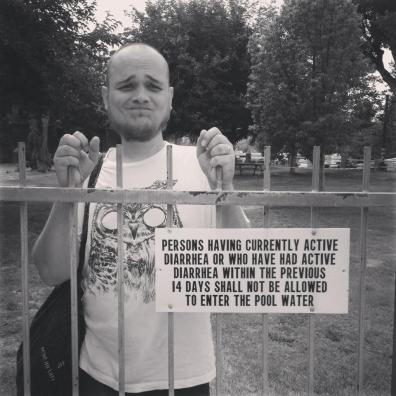 ABOVE: If she leaves me, everything in my life will immediately go wrong.  I am certain of this. 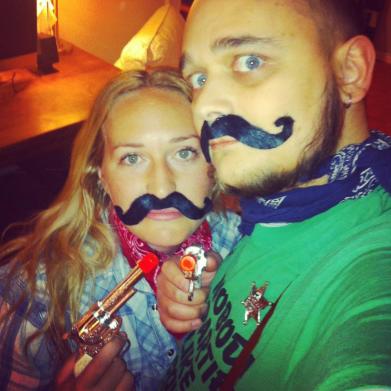 ABOVE: If this town isn’t big enough for the both of us, I don’t wanna live here.