If Only for a Second… 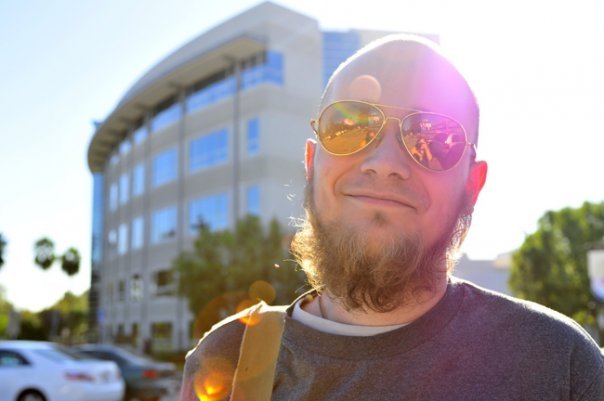 There is a video floating around the social networks as of late (linked above) wherein a cancer foundation approaches a small group of cancer patients and says to them, “We want to give you a makeover.  We want to make you look beautiful.  Let US treat YOU…”

That’s pretty much the gist; that’s the extent of it.  If you’re planning on watching the video I’d suggest just skipping to the 2-minute mark wherein “The Reveals” begin.  The first 120 seconds are just the set-up… what I’ve done above in 17 words.  SO!  It sounds great.  I can get behind this.  I think that helping people is awesome and incredible and I’m all for compassion and, having had cancer myself, I’m very excited to see “interesting” things happening in that community so long as they’re coming from a clean and positive place.

Now, before I go further, I’d like to just recognize the fact that a lot of people are probably going to disagree with my point of view on this… and I’m okay with that.  With that said, for my opening statement, I’d like to say that this video infuriated and disgusted me in a way that I haven’t felt in a very long time.  It first turned my guts about a week ago when I saw it crop up on my Facebook feed but I managed to contain my revulsion by telling myself that, like bad gas or a kidney stone, “It will pass… it will pass…”

But it didn’t pass.  Again and again this pustulant invaded the otherwise smooth surface of my digital self’s skin, invading my Facebook feed like a cockroach.  It refused to die.  My friends were posting and re-posting this viral vagrant and I was forced to see the quagmire that is the thumbnail several times a day.  (This is not to say that the woman ON the thumbnail was a quagmire but rather that the thumbnail itself gave me a quagmiric sensation…  In short, it, uh, disgusted me just having to look at it because it reminded me that it existed).

I became obsessed with reading comments on it.  “BEAUTIFUL!”  “SO HEARTFELT!” “I COULDN’T STOP CRYING!” proclaimed so many men and women who, more than likely just saw the word “cancer” and heard the emotional music and immediately turned into a visceral mess, ready to pluck any heart string they could lay their hands on.

But in fairness to the situation, let’s walk through it.  An imaginary woman named Rebecca has cancer and she has been undergoing chemotherapy for, let’s just say 5 months.  Treatments vary but side effects are all roughly the same; lost hair, lost weight, puking and death.  Well, hopefully not death but the other three, surely, at least to some regard.  So Rebecca has dropped from a delicious looking 140lbs down to a skeletal and emaciated 90.  Mind you, I’m throwing this number out there simply because I started around a buck 80 myself and dropped 50lbs all the way down to 130.  If you’ve never seen a six foot tall man that weighs 130lbs, just check out any skeleton hanging in any biology classroom and add skin. 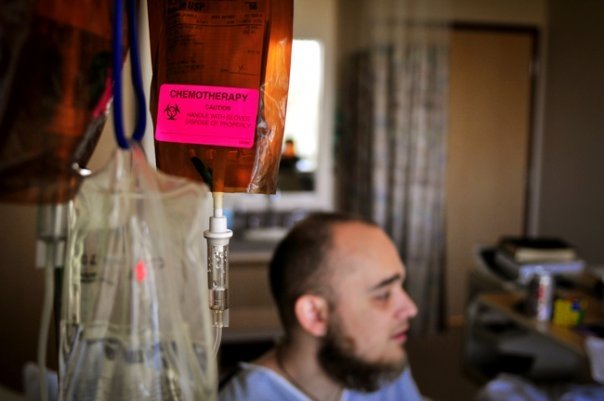 NOW YOU SEE THE BEARD!… 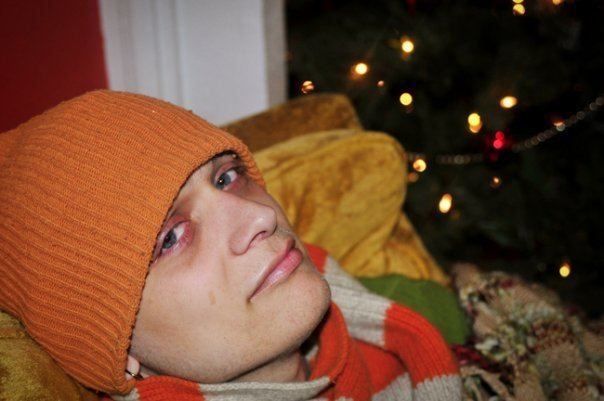 In any event, I dropped 50 so I’m dropping 50 on our “Rebecca” character who is, again, fictitious.  So Rebecca, who once was beautiful on the inside AND outside is now, after five rounds of hot and hard chemo, not, what we would maybe call “traditionally beautiful” on the outside, what with her weight dropping from the charts faster than a Limp Bizkit release.  Maybe she starts to feel a little self conscious.  Fair enough.  We live in a culture defined by beauty.  Is it right?  Is it fair?  No.  Is it the standard we set for ourselves and each other?  Yes.  Does our character, our Rebecca, begin to develop body issues?  Face issues?  Her cheek bones are heightened, her eyes are black orbs.  Her hands become skeletal, her breasts small.  Her clothes, which once fit her like a surgeon’s rubber glove now drape off of her frame like her husband’s sweatshirt used to.

When you look in the mirror, you no longer see yourself.  You see Golum.  You see a bald creature who eats poison and shits pain.  You see something that is surely not you… but… relax.  Because this foundation has come to you.  They’ve knocked on your door and they’ve said, “We understand,” and they’ve said, “We want to treat you.  We want to give you a beautiful makeover.  And we want to make you feel alive again… if only for a second.”

And you, of course, put your faith into this foudation.  You put your trust in them because they will respect you and this is what they do.  They know, maybe more than anyone, how vulnerable you are.

And this, I truly think is incredible.  This is a true thing of beauty.  This is affecting lives and inspiring change and helping people engage with the otherwise locked off world around them.

The foundation says, “While you get your makeover we will cover your eyes because we want The Reveal to be REALLY POWERFUL…” and so our character or, in this case, our 20 characters, all agree and the game is on… because what this foundation is really doing is hiring a make-up artist to transform each and every one of these unsuspecting patients into some form of human caricature, whether that be some trailer toting, truck driver suffering from mullet mania or a homeless Jamaican psychic.

You see, it’s a joke!  It’s all a prank!  A prank that is, in my opinion, worthy of the presence of celebrity pranky prankster Ashton Kutcher.  So they blindfold the patient, do this absolutely garish make-up and then ask, “Are you ready for the big reveal?” and our patients all give a resounding, “YES!” and then the blindfold is removed and they find themselves sitting in front of a mirror staring back at, not the beauty they were expecting… but just another, even worse Quasimodo version of themselves.  The camera flashes, capturing their initial reaction and then… and then… and then…

The tag line to the video is something to the effect of, “Helping patients forget they have cancer… if even for one second…”

So then the question arises, “Did they forget?… If even for just one second?” and, on the coat tails of that, the bigger question of, “Was it worth it?”

Was the build up and the hope and the desire to just look like your old self, who you miss so much, just for one day – to leave the skeletal monster that has consumed you behind – to look in the mirror and try to see yourself again and not some sick version of you staring back, reminding you that you’re teetering between life and death – worth it?  To have all that excitement of normalcy plucked out of your hand like a balloon on a windy day.

This is nothing more than exploitation to garner interest for your own company A) The Mimi Foundation and B) Leo Burnett, the advertising agency that invented this.  An advertising agency that is always on the lookout for The Next Creative Marketing Campaign!  The Next Viral Hit!  This piece of trash is being spoon fed to us on a great big plate and we’re just gobbling it up like calves in clover.

“But they’re raising money for cancer patients!” you say.  Yes.  But at what cost?  Shall we blindfold a bunch of orphans and tell them that we’ve found them all brand new parents!… and then lead them into a room filled with mannequins?  Take off the blindfolds, kiddies.  SURPRISE!  Don’t worry, it’s for charity.

A line must be drawn in the sand where we say, “This is not right.”

Are these people smiling?  Sure.  In the bits and clips that we see.  But are they happy?  I doubt it.  I imagine that the following few moments play out like some awkward high school dance where everyone stands around and mumbles things because… this wasn’t… how it was… supposed to be… oh, to H-E-C-K with it!  Just give it to the editor!  He’ll put some nice music in there and people will love it!

They’re happy about this?  They’re not humiliated?  You post the raw footage and let’s watch all these great big zany individuals forget about their disease.  Let me tell you something… Nothing is going to make you forget you’re dying.  Not for one second.  Least of all some tranny funeral director costume.  Do you suppose a mother ever forgets that her child is dead even If Only for a Second (whatever that’s worth).  Perhaps she’s not actively thinking about it but it’s always there, maybe not a major player in the game, but the memory is constantly standing on the sideline, staring at you.

I don’t like it.  I think the whole thing is ill-informed and ill-intentioned and it turns my guts watching it.

ABOVE: NOW HERE’S A GUY WHO REALLY NEEDS A POODLE WIG AND A BOW TIE TO TURN HIS DAY AROUND…

You want to go out and make a difference in the world of cancer patients?  You want to give to an organization that is helping the vulnerable, check out Joy Jars.  It was started by a girl named Jessica Joy Rees who put up a ten month fight with two brain tumors and is a beautiful and fascinating organization.  With the money you donate you give “Joy Jars” filled with activities and games and toys to children under the age of 18 fighting life threatening illnesses.

Joy Jars is all the great things this video is claiming to be, they just haven’t had some major ad campaign partner with them to make some ridiculous viral hit.  As with each of us, intention plays a large role in the creation of something and I think it’s a scent that can be picked up by anyone bothering to look for it.  When you watch a movie or read a book, when you go on a date or help a friend move, pay attention to the person you’re with, watch the quality of the work.  Does the movie or book truly feel like it was crafted out of a place of passion and fire or was it just a paycheck for some writer / director.  Does your date want to hear about your week or is he just looking to get laid?  Is somebody helping you move because they’re great friends or because they need something in return.

Intention, regardless of the scenario, is a very powerful attribute and it is my opinion that the intention of this video was not to help the patients but to get the agency noticed.

And that, more than anything, is exploitation at its finest.