I’m sitting in my car, alone, in a grossly lit parking garage.  My lips are curled back and pulled down, tugging my face-skin tight.  My nose crunches in on itself and everything goes blurry.  I’m doing that thing humans do when they’re sad; I’m crying… alone… in a parking garage… in the building where I work.

There’s a banana sitting in the passenger seat and, since I’m sort of hungry from an early lunch, I lift it up and start to peel it.  Tears streaming down my face, I quietly whimper and take a bite of the fruit.  FACT: You can’t cry and eat a  banana at the same time; you feel too foolish.  It’s like the two cosmic ends of the universe are colliding right into you – the mournfulness of tears and the comic genius that is representative in 1000 people slipping on banana peels over the years.  One must break.

I prioritize my hunger, finish eating the banana, set the peel down and then pick up where I left off with the crying.  I start my car and, through blurred vision, navigate out of the garage and start my journey home to my dying dog.

Kaidance is an eleven year old Rhodesian Ridgeback that has been with my wife and I since we were in college.  She’s moved across the country with us, she was there when we got married, she was there when we had children (and when we were trying to have children, wink-wink-nudge-nudge-dog-in-the-room-while-you’re-having-sex-joke-wacka-wacka).  She watched me go through cancer and enter remission and has also dealt with her own battle which, sadly, she is finally succumbing to.

Over the last four years she’s been, like the Fast and Furious franchise, sick but active.  However, over the last four weeks, we’ve watched her go from an overweight bitch with a penchant for food and destruction to an overweight bitch who is blind and has trouble standing up and sitting down.  Even when she lies on her bed she just moans like every breath is killing her and I suppose, in some regards, it is.  That whole Ticking Clock Syndrome each of us suffers from.  Every second is closer to our own endings but there is something reassuring about not having any idea about when it is; next week, next year, next, next, next.  Not Kaidance.

Kaidance doesn’t have anymore NEXTS left.  This week Kaidance has only The Lasts.  The Last Bath.  The Last Night of Sleep.  The Last Walk.  The Last Meal.

My family and I are leaving on a road trip very soon.  We’re leaving Los Angeles and heading to South Dakota to see my sister’s new daughter.  From there we’ll hit Montana to see my sister-in-law’s new son.  When we leave LA we’ll have our two kids in tow along with our two dogs; Kaidance and a cocker spaniel named Clementine.  When we return, we’ll have only two children and the cocker spaniel.  When we get to South Dakota, we’ll stop at my mother-in-law’s farm and she’ll call her vet.  The vet will come out to the farm and we’ll put Kaidance to sleep somewhere in a field.  I will dig a grave and I will bury my dog.

We’re doing it this way because I cannot stand the thought of taking her to a vet clinic.  THE SMELL ALONE.  She hates going and begins shaking compulsively when we pull into the parking lot.  It’s not fair that her last feelings would be those of fear.  She is more valuable to me than that.  She is better than a cold steel table, the reek of cleaning supplies and a needle.  I just need her to know that we love her and I just want her to be as comfortable as possible.  Kaidance is not JUST A DOG.  No dog is JUST A DOG, the same as no person is JUST A PERSON.  Emotions, impulses, instincts, feelings; love, excitement, joy, hunger, thirst, fear.

Over the following week I’d like to share with you all the reasons I love and hate this stupid dog and my final journey to take her home. 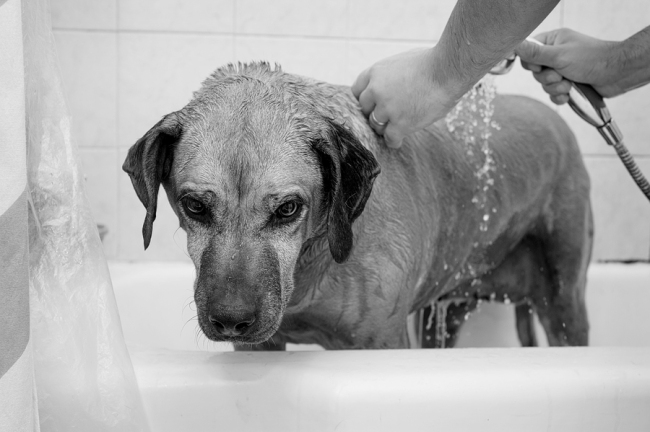 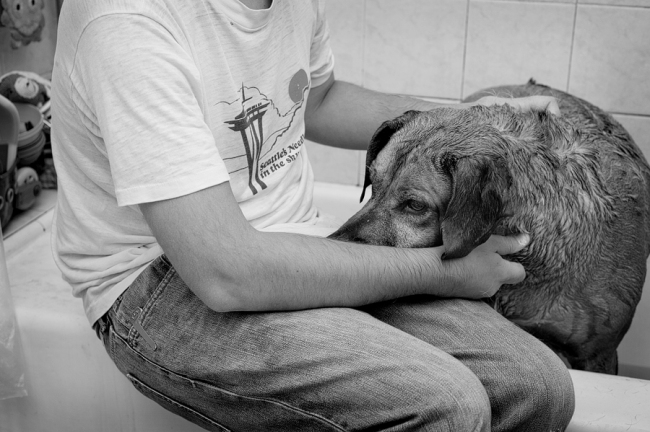